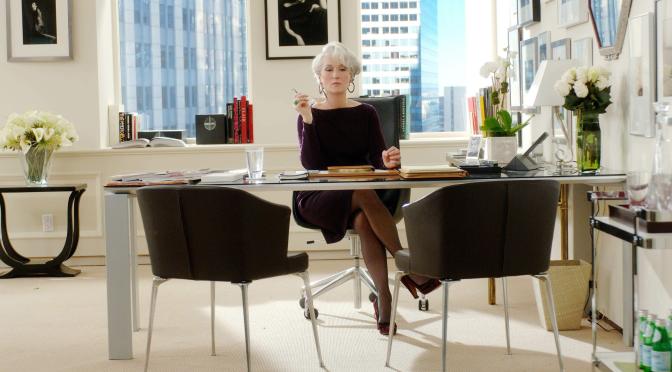 It’s entirely possible that I live under a rock, in a hole, in the depths of I-don’t-even-know-where or that I’m just completely oblivious, but no matter how this happened, I must know, who else hadn’t heard of @CondeElevator until just now?

In case you’re as daft as me, @CondeElevator was an utterly brilliant use of twitter to create a cross between Gossip Girl and The Devil Wears Prada that reached a popularity of just under 76K followers in a span of 5 days…in 2011. AND the anonymous author (now known as Lauren Bans) only just came out about it last night (20 hours ago) after drunkenly reading about the Goldman Sachs Elevator Twitter guy (who isn’t really that important, nor as funny).

And since this was the first I had heard of these fashion elevator shenanigans, I had to do more research…and read all of the tweets. And then, because I didn’t want you to have to read ALL of them, nor did I want you to miss out on the golden nuggets that were some of these tweets, I pulled out the best, just for you.  Of course, I included the very first and very last tweet for continuity.

Girl: Omigod I love your dress so much I wish there was a ‘like’ button I could press.— Conde Elevator (@CondeElevator) August 9, 2011

[Elevator on the ground level.] Lady: Is this going up? — Conde Elevator (@CondeElevator) August 9, 2011

I genuinely hope you enjoyed this little blast from the past (2011) as much as I did. (GQ Interview)

When the going gets tough, the loser finds her place.